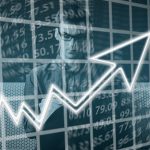 Last week the Government published the Corporation Tax Statistics 2019 which makes for some interesting reading and can be found at this link https://tinyurl.com/y5hzgra8.

Let us help you to find what you are looking for

Ċavetta Consulting are capital allowances specialists based in Glasgow and Edinburgh. Our aim is to help clients in Scotland to realise and maximise property tax reliefs known as Capital Allowances and Land Remediation Relief.